Journey of Strength and Hope: A Birth and Adoptive Mom’s Story 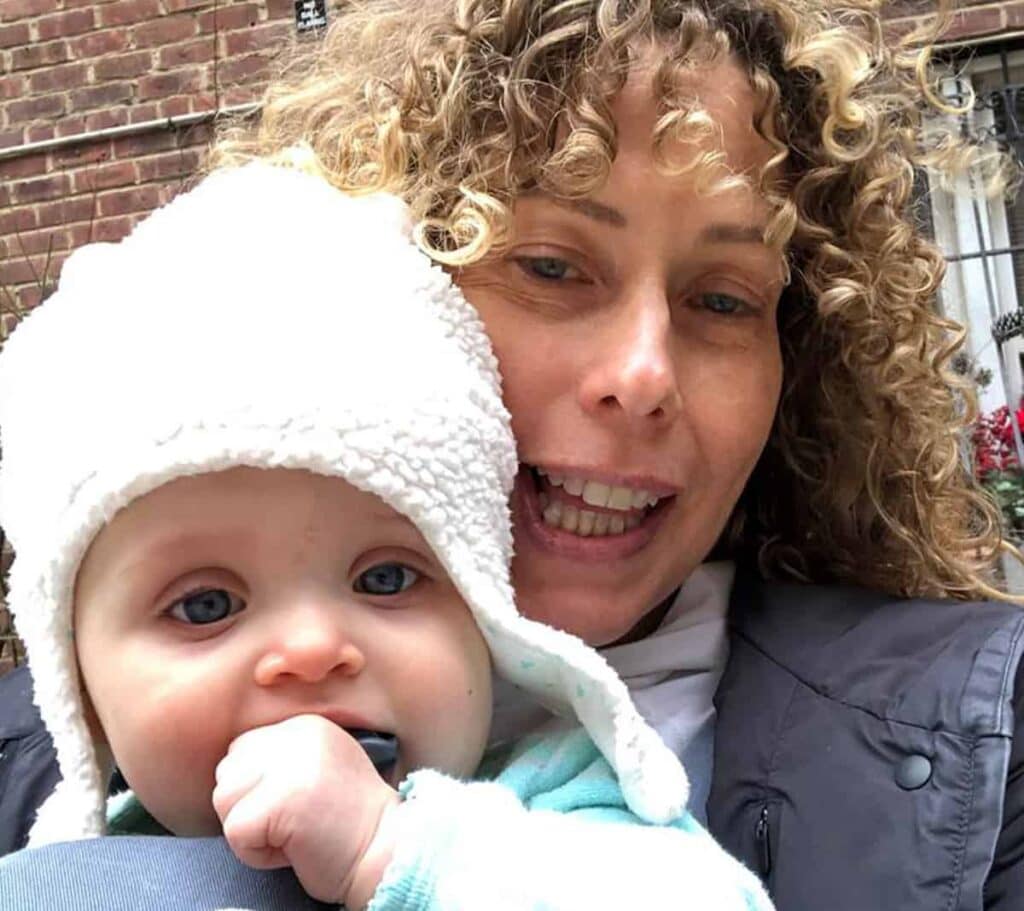 Jacqui adopted a beautiful baby girl named Carina through Spence-Chapin in August 2018. When I asked Jacqui why she chose to work with Spence-Chapin, she said that she was first introduced to Spence-Chapin as a birth parent seeking counseling and support many years ago. And after finally finding this support, she knew this was an organization she could trust to treat birth parents with respect. As a prospective adoptive mother, she could not only envision what her adoption process would be, but also what might be best for a birth mother.

Unexpectedly pregnant at 17, Jacqui could see that the road ahead was not going to be easy. Raised in a strict Catholic household with four brothers, she knew that the news would come as a shock to her parents. In the community where she lived, children born out of wedlock were looked down upon—as were teenage single moms.  While her father quietly suggested to her that she terminate the pregnancy, her mother made it clear that should she decide to raise the baby, she would be on her own. ‘Well you’re an adult now,’ she remembered her mother saying. Feeling like she had to make the decision alone, she took time weighing her options.

“As I got more pregnant, I realized I loved this child, and I wanted him to have a good life, and I couldn’t give that to him,” Jacqui recalls. From that point on, Jacqui began considering adoption and creating the life she wanted for herself and her child.   “I got on the phone and within moments, 3 or 4 calls later, I found a maternity home that was going to take me in.”

She also began working with an adoption attorney to help find a family for her baby. However, the treatment she got from her attorney and his wife did not make her feel empowered or respected. When she didn’t like the first family that they presented to her, they made their dissatisfaction with her very clear.

“I felt shamed already and I just remembered as a birth mother being treated crappy,” Jacqui said.

The attorney presented her with another family that she knew would be her only other choice. She liked that they shared the background of her child (Mexican and Caucasian) and had raised a daughter who seemed bright and talented.  The day she gave birth, the adoptive parents rushed immediately to the baby and barely looked at her. While Jacqui was not aware of open adoption at the time, she did ask to receive photos of her child. The family agreed, but the photos never came. It would be 23 years before she would finally get to see her son again.

At the age of 41, Jacqui decided that she was ready and eager to raise a child. Following a devastating loss during her second trimester of pregnancy, she began her path to adopt. Having had a bad experience with the adoption attorney as a birth mother, she knew she wanted to go with a non-profit adoption organization and chose Spence-Chapin.

This time, Jacqui fully understood open adoption and all the benefits this would have for herself, her child and the birth mother. She had reunited with her birth son when he was 23 and had seen how important it had been for him to finally see someone that looks physically like him. As Jacqui has an open adoption with Carina’s birth mom, she feels grateful that her daughter will grow up having this knowledge from birth.

Now that Jacqui has been with her daughter for about 7 months, her face lights up when she talks about motherhood. “I didn’t know how much I would love being a mom,” she reflects. “I absolutely LOVE being a mom.

Towards the end of our talk, Jacqui was hesitant to offer her advice, but I felt that with her unique perspective as both an adoptive mother and birth mother, I couldn’t resist pressing her for some words of wisdom.

As a birth mother, she said, “I wish there would have been better treatment of me as a human being. This world is changing, and we don’t need to feel shame for anything we’ve done. We can feel proud of ourselves…Be comfortable with yourself and then make the best decision for that child. Know that you are the one making the most important decision of your child’s life, because you are deciding who is going to raise the child…Also, look at the bigger picture… look into the future and think, ‘What is my decision going to look like – what do I want it to look like?”

I couldn’t think of a better thought to end on and share for Women’s History Month.