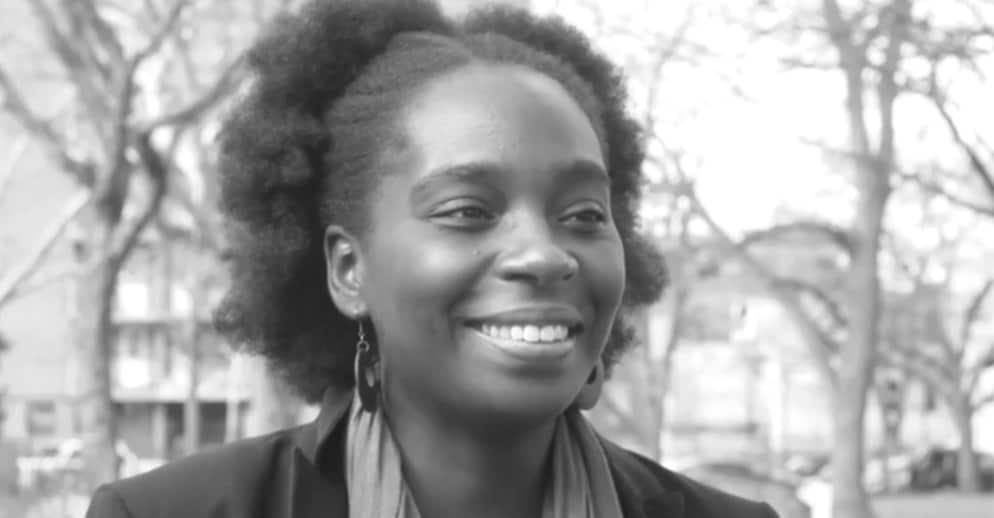 Latoya Sinclair is a birth parent who placed her son for adoption without the help of Spence-Chapin. Five years later, she found Spence-Chapin’s support group and has become an advocate for other birth mothers. She wanted to share her story publicly and to help other women in her situation get the support and respect they deserve. In 2005, at 15 years old, Latoya became pregnant. “I was on the track team, just an average teen.” She remembers her cousin having dreams about fish, which in Caribbean culture means someone is pregnant. She didn’t think it could be her, but her cousin convinced her to stop at the hospital while they were on the way to the supermarket. When the doctor told her she was 2 weeks pregnant, “I kind of had a blank moment,” she describes. “I didn’t really have a reaction until the next day.”

Latoya recalls telling the biological father, “He was older than I was and had other relationships. So I thought it was something more than it was.” He wanted Latoya to have an abortion. At the time, it would have cost her 700 dollars. But when the time came to do it, he denied the baby was his and refused to help. “He just left me in the dark, by myself,” Latoya says.

Latoya lived with her aunt and uncle at the time and they did not want Latoya to raise a child in their house, with her being so young and the biological father being much older. Latoya’s aunt took her to see the family obstetrician and sought her advice. The doctor mentioned that she was seeing a couple who were unable to get pregnant and wanted to adopt. Latoya’s aunt arranged for a brief meeting with the couple. In the meeting, Latoya asked if she would be able to have an open adoption and see her child, and the couple said no. Latoya decided she did not want them to adopt her baby.

Latoya’s pregnancy was a very lonely time. None of the adults in her life understood what she was going through or how to help her. She began to withdraw at home and focus her attention and energy on being an excellent student. “I would go to the doctor by myself and see everyone with their boyfriends or husbands and get very sad,” recalls Latoya tearing up a little.

Due to the age difference with the biological father, Latoya had to testify in a trial against the biological father, for statutory rape. At the end of her pregnancy Latoya decided to go back to planning with the couple she met through her doctor because she felt that she had no other choice. She didn’t know she could turn to a licensed adoption agency to help her understand her rights and options in this critical time.

After a difficult 23-hour labor, Latoya delivered her son. She was disappointed that she wasn’t the first person to hold him and felt a range of emotions while in the hospital. She was happy to have bonded with her baby in hospital, and the adoptive parents would visit often.

The year after the placement was very difficult for Latoya. “People expect you to just go on with your life,” she said, “like you didn’t just have a human being inside you.” She started her Junior year of high school without the emotional support she needed. She was depressed but her family just kept telling her to “be strong”.

While the adoptive parents did not agree to on-going contact with Latoya, they did end up sending a photo and letter through the doctor a year after he was born. Receiving this photo increased Latoya’s desire to connect with the adoptive parents and remain in contact with her son. But this has been difficult for Latoya to do on her own, not knowing how to navigate and strengthen a relationship that was never clear to her when it started. Her son is now 9, and she has seen pictures and videos of him and exchanges a few text messages with his adoptive parents once or twice a year.

Latoya’s story is still unfolding. She has finished college and has a career in government helping others that she enjoys. She continues to strive for the relationship she deserves with her son and his adoptive family.

Endnote: As an adoption agency, we at Spence-Chapin are here to support women like Latoya and promote their voices as part of the adoption discourse. If Spence-Chapin had been involved when Latoya was pregnant, she would have received options counseling, been counseled on her rights to open adoption, and provided with an attorney at no cost. She would also have been able to choose families that wanted open adoption. Unfortunately, Latoya only found Spence-Chapin five years after she placed her son for adoption and did not have the support of an adoption professional when needed it most. But we are inspired by her strength and commitment to share her story and be a role model for others.

Read Latoya’s interview with SC staff here or watch Latoya describe what would’ve been different if she made an adoption plan with Spence-Chapin, below.

To find out more about​ , or if you have other questions,