The Woman Who Experienced Both Sides of Open Adoption 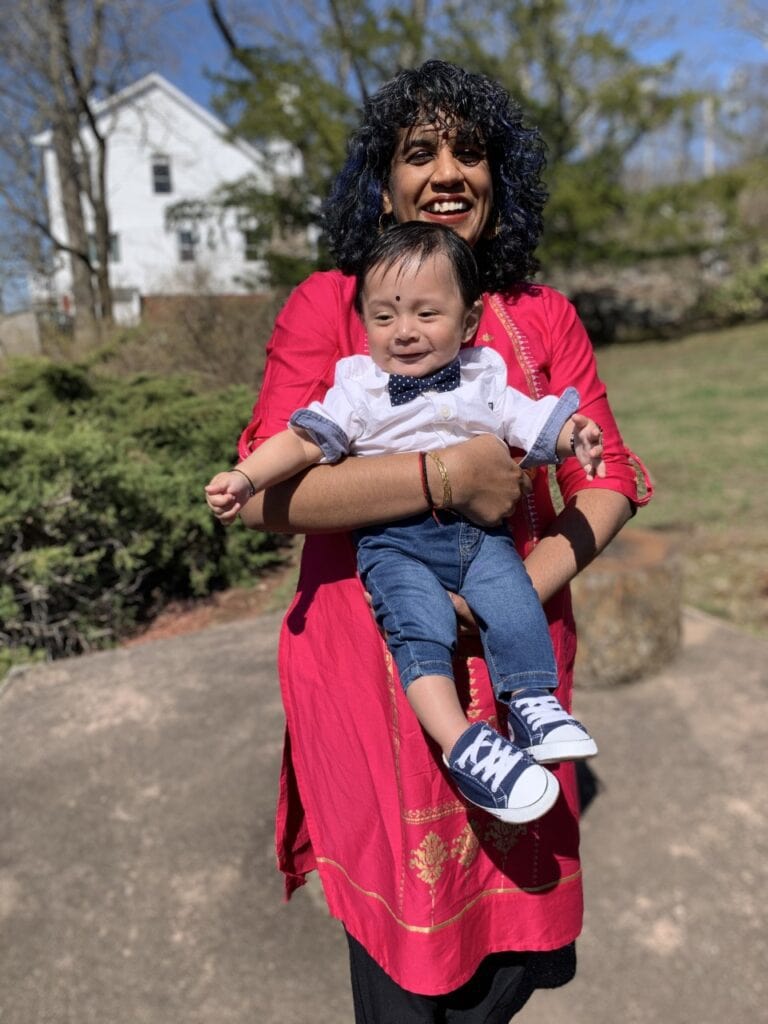 Ereshnee grew up as an Indian woman in South Africa. After becoming pregnant at 17 years old, she decided to make an adoption plan. Her mother knew about her pregnancy but very few other relatives were aware. Her father was not told about the pregnancy.

Ereshnee bonded closely with her social worker from the adoption agency, who she called more of an “aunt” than a social worker. Her social worker often drove her to doctor’s appointments and they have event stayed in touch over the years. Ereshnee insisted on an open adoption – which at the time, were rare, particularly in South Africa. Only two families would be willing to have ongoing contact with a birth mother.

Ereshnee placed her son in 1993 when she was 18 years old. Upon giving birth, a nurse took her son from her and simply said “he’s going to be adopted.” The adoptive mother intervened and advocated for Ereshnee to spend some time with the infant, and she went on to spend three days in the hospital caring for him.

Ereshnee went on to college and became a birth parent advocate and educated conservative Indian families in South Africa about the benefits of open adoption.

Ereshnee went on to immigrate to the United States in 2009 and continued to have a very positive open adoption with her son and his family. When she married Paul, her son was a part of their wedding party. Ereshnee’s extended family met her son but it was not known to most people who he was or his relationship with Ereshnee. However, those closest to her were always aware, and more became aware of her story over the years. Ereshnee explains “my relationship really started growing with him after my dad died – because until the day he died he didn’t know I had had a baby.”  Ereshnee’s husband, Paul, developed his own relationship with Ereshnee’s son – Ereshnee says they are “total pals.” Ereshnee’s younger brother also has an extremely close connection to his nephew.

After struggling to have a biological child, Paul and Ereshnee decided to consider adoption and Ereshnee reached out to her old social worker from South Africa. The woman explained that she was retiring but the children’s home she now worked for is partnered with Spence-Chapin and told her to reach out about their adoption programs.

After several years, Paul and Ereshnee were chosen by a young woman who had recently given birth to a baby boy. On July 30, 2020, at the height of the COVID-19 pandemic, they welcomed their son, Aadya, into the family. They chose an open adoption and continue to remain in close communication with Aadya’s birth mother.

When asked about the relationship with her biological son – who is now in his late 20s, and her infant son, Ereshnee laughs and says her older son calls himself the “big brother” and he, along with his adoptive family were thrilled for Paul and Ereshnee. They were all in attendance at Aadya’s virtual adoption finalization in March 2021. Ereshnee’s first son’s adoptive mother has taken on the role of a “granny” to Aadya and receives photos of him regularly. “There are no names for these relationships,” Ereshnee explains of this large family born through adoption.

When asked how the relationship with her biological son has changed, Ereshnee says “this is the first year I came out openly [as his birth mother]…I wrote on his Facebook on his birthday that he will always be my little baby. My family is friends with him on Facebook as he’s been to family events, but it was still news to so many people…I don’t know but I think having Aadya in my life opened me up to letting everyone into the space to know.”

Ereshnee went on to discuss how her biological son and his adoptive mother have a very close relationship with her relatives in South Africa, particularly Ereshnee’s mother. “When she makes collages of all her grandchildren, my son is right in the center with the other children.”

When asked to reflect on Aadya, who has been home for almost a year now, she says “He’s such a joy, everyday he’s just so happy.”

If you or someone you know has an unplanned pregnancy, reach out to one of our social workers today. www.yourpregnancychoices.org/contact/

To find out more about​ , or if you have other questions,